A Jackpot with a Countdown Timer

Posted by Justin Rossow on October 23, 2019 in Biblical Studies, Cross-Cultural Metaphor Interpretation, Metaphor for the Text, Metaphors in the Text 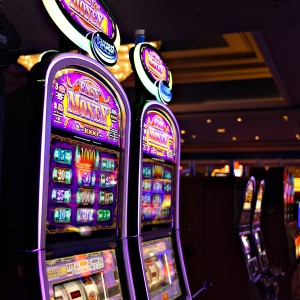 Let’s imagine this situation: in a very posh casino, with a very unique promotion, and some crazy luck, not one but two people end up hitting an “Easy Money” jackpot at 11:00 pm exactly. The time stamp is important, because this never-before and never-to-be-repeated jackpot comes with $50,000 of the house’s money; but there’s a catch. (Of course there’s a catch.)

The winners get to play with the $50K for exactly one hour; after that, whatever’s left of  the $50,000 along with whatever the gamblers won with the house’s money must be returned to the casino. The players get their chips, and the countdown timer starts. What would you do…?

The first contestant briefly considers blowing it all on one spin of the roulette table or one hand in poker–after all, it isn’t his money!–but eventually decides to ride his luck as far it will take him. At all the big-money tables in roulette, and poker, and craps, and even baccarat, the player plays. His fan club grows as his luck continues to soar.

Just before midnight, our protagonist reaches one million dollars in winnings, which the casino promptly confiscates at the stroke of twelve, according to the rules of the countdown jackpot. The man leaves the casino as broke as he entered it, but wow! What a night! 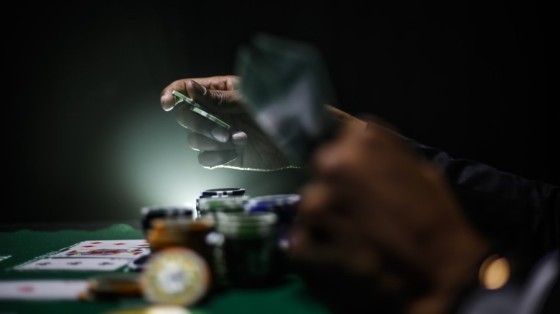 Let’s go back to our second winner. As soon as she collected her $50K in chips, she started shrewdly scanning the casino for whales or other people with major influence. A smile here, a nod there, and she places a $10,000 bet on behalf of the wife of a large bank owner. The lucky number 7 doesn’t come up, but who cares? Our heroine walks away with the banker’s goodwill–and his business card.

The next hour sees our lucky lady lose or spend all $50,000: some of it goes to buying expensive drinks for everyone else at the Player’s Club Lounge. Some of it goes to cover the bets of real estate brokers, stock brokers, a magazine editor, and a university professor. She even ensures a life-time of platinum-level service at the casino’s restaurant and hotel by leaving a couple of $1,000 tips.

By the time midnight rolls around and the casino comes to collect their money, she hands them her final $10 and leaves with a phone full of contacts and a bright future full of opportunity.

Do you get the situation? You’re playing with house money, and the countdown timer is running. What are you going to do?

I think that modern-day parable is a rough but reasonable equivalent of Jesus’ parable of the shrewd manager in Luke 16. Do you remember that weird parable where the master (God??) seems to applaud how dishonest the manager is?

Here’s the thing, though: that shrewd manager is playing with house money, and the countdown timer is running. He has a short amount of time to set his master’s affairs in order; he is going to get fired, any minute.

And instead of skimming a little off the top and padding his own bank account, an account that could be confiscated without warning by the IRS or Federal Trade Commission, the guy lines the pockets of all the other major players in town, assuring that when–not if, but when–his current employment is terminated, he will have enough friends in high places to help him out.

The moral of the story isn’t, go be tricky with other people’s money. The moral is this: any and all physical possessions you have aren’t yours permanently. You are by definition playing with house money. And the countdown clock is ticking; sooner or later, you are going to be terminated. So what are you going to do in the short time remaining to you?

I don’t think the master in this parable is actually God; which makes this metaphor story of Jesus pretty unique (the master is, like, always God).

I think, instead, God is the whale at the baccarat table: and you are supposed to “waste” whatever resources are temporarily at your disposal for the short time remaining to get in good with THAT guy; he’s the one who can make sure you have a future after the clock strikes midnight.

Of course, you could play all the expensive tables and collect as many chips as you possibly can. And that would be fun. But what good would it actually do you? You are going to head out as broke as you came in.

You’re playing with house money, and the countdown timer is running. What are you going to do?

3 comments on “A Jackpot with a Countdown Timer”