Deaconess Ruth McDonnell shows her skill with metaphor and her interest in the worship life of the Church with this, her first article as a guest contributor.  She presented this two-part blog as a single paper at a regional meeting of the Society of Biblical Literature. Ruth brings a complex view of metaphor to bear on a discussion about hymn interpretation, and in so doing she demonstrates what a nuanced approach to metaphor interpretation looks like. Note  how she treats multiple metaphors for life and death and then shows how these metaphors shape the way reason and  what we expect. Thank you, Ruth, for sharing your excellent work!

Conceptual metaphor theory is a significant tool for the interpretation of all forms of communication. In fact, it is so basic to communication that its impact often goes unrecognized. The use of conceptual metaphor theory can allow us to better understand why a text is received and understood in different ways. This paper will use conceptual metaphor to address a particular concern raised by Anglican biblical scholar, N. T. Wright concerning the eschatology represented in the hymn, “Abide with Me.” Wright asserts that this hymn contains verbiage which sounds more like Plato’s Cave [1] than orthodox Christianity.[2]

I intend to demonstrate that by reading “Abide with Me” within the broad framework of the Lifetime is a Day conceptual metaphor, the hymn maintains an orthodox understanding of life, death, and resurrection. Although it contains words and phrases which bear similarity to the Cave,  reading the entire hymn text according to the metaphorical structures implied by the Cave  is not sustainable.

A simple view of metaphor defines it as describing one thing in terms of another; however, contemporary metaphor theory describes metaphor as not simply a matter of words, but how we think about the world and process information. Metaphorical structures provide mental frameworks for understanding various aspects of the human experience. More intricate ideas, such as life and death, require a complex of metaphors to help us understand them.

However, we do not simply go about creating new conceptual metaphors. Instead we use those that already exist within our culture. [3] In More than Cool Reason, Lakoff and Turner list the predominant conceptual metaphors for life and death. [4] For the purposes of this study the important ones are A Lifetime is a Day, Death is Sleep, Life is Bondage/Death is Deliverance [5].

A Lifetime is a Day 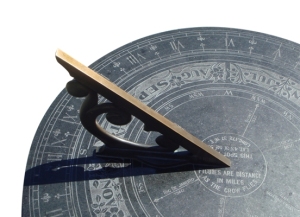 Using the A Lifetime is a Day conceptual metaphor we can see the difference between an approach which simply compares attributes and one which compares the narrative structures. A simple mapping compares dawn to birth, noon to maturity, twilight to old age, night to death, etc. Conceptual metaphor theory insists that it is more than a comparison, but the way that we think about life in terms of a day, the addition of the narrative structure adds even greater depth as we consider how death is conceived.

When we think about a lifetime in terms of a day, we are actually thinking about time and the patterns of daily life. When we hear the alarm clock go off, we know it is time to wake up. When the sun is high in the sky, we know it’s time for lunch. When we have a list of tasks that need to be done, we plan the hours of our day to accomplish our work before evening when it’s time for sleep.

The metaphor structures the way we think about a lifetime. Early life is the time to be a child – to play, to learn to walk. In the middle of life one becomes an adult – one matures. At the end come old age, decline, and death. The pattern of a day informs the pattern of a lifetime. The question the Lifetime is a Day metaphor helps us answer is, “What is appropriate for this time?” One is expected to finish one’s life’s work by the end of life. We are shocked when a child dies at the age of ten because it is the “wrong time.” We don’t go to bed at noon!

The Death is Sleep metaphor structures how we think about death. Its narrative structure forms a view of death as peaceful rest. This rest is disturbed by or prevented by pain, worry, and work. In fact, the metaphor can infer that sleep and death are an escape from these things. The body of the sleeper is mapped onto the dead body – still and unmindful of the world around him. Dreaming, a normal experience in sleep, is compared to the after-death activity of the soul. We can see evidence of this metaphor in the language we use to talk about death – “May he rest in peace,” or “She fell asleep in Christ.”

In the metaphor, Life is Bondage/Death is Deliverance, the focus is on the condition of the individual. He was alive, but now he’s dead. He was a prisoner in life, but in death he is free. This metaphor infers that an embodied existence is not good. The soul is envisioned as a captive within the body. Death is seen as an escape from prison, a freeing of the soul. The impact of this metaphor on our conceptualization of death is evident in phrases such as “He is free from his suffering.”

One may have already noticed that, of the three conceptual metaphors described here, some are more in keeping with the biblical narrative than others. Death is Sleep is a very common metaphor in scripture. The Old Testament often refers to death as “sleep with his fathers” (e.g.: 1 Kings 1:21). Psalm 13:3 refers to “sleep[ing] the sleep of death.” In Jeremiah 51:57, the prophet speaks of sleeping a “perpetual sleep” from which they will “not wake.”

The New Testament also uses this metaphor frequently. In Matthew 27:52, we find “the saints who had fallen asleep,” and John 11:11 ff has an extensive use of Death is Sleep – “Our friend Lazarus has fallen asleep, but I go to awaken him.” In fact the disciples do not realize at first that Jesus is speaking metaphorically. Paul also uses the image of sleep extensively in his epistles, far too much so to address here. [6]

The Lifetime is a Day conceptual metaphor is fairly complex. For example, in Psalm 110:3 David uses the picture of morning and dew to describe birth and youth: “Your people will offer themselves freely on the day of your power, in holy garments; from the womb of the morning, the dew of your youth will be yours.” On the other end of the spectrum, who is not familiar with “the shadow of death” in the 23rd Psalm? The darkness and shadows are metaphorically mapped onto death.

The third metaphor is Life is Bondage and Death is Deliverance. These images do not the biblical picture at all. Life is a gift from God. It is to be treasured. A complete exegesis of this biblical concept is beyond the scope of this paper, but let it be sufficient to say that the witness of scripture is that God created life and it was good. Throughout the pages of scripture we witness the ways that God works to protect life, culminating in the incarnation of his Son who came that “we may have life and have it abundantly” (John 10:10).

On the contrary death is not described as deliverance. Death is, in fact, the enemy from which we need to be delivered. As Paul says in Romans 7:24-25, “Wretched man that I am! Who will deliver me from this body of death? Thanks be to God through Jesus Christ our Lord!” Paul is not saying here that death is the deliverer, as he has sometimes been misinterpreted. He affirms that Christ is the deliverer from a “body of death,” meaning a body corrupted by sin and decay. As is clear from Philippians 3:2, Paul does not seek death as escape from the body, but awaits the “glorious body” which will be ours at the eschaton.

These conceptual metaphors are a part of how we think and process information about death whether or not we realize it consciously. They provide us with categories for understanding which are so ingrained in our thought processes, we don’t even consider that when we talk about our “twilight years” we are employing the Lifetime is a Day metaphor. In exploring the use of these metaphors within the hymn, “Abide with Me,” I will demonstrate that comprehending the metaphors contained in the hymn is vital to its orthodox understanding. In fact, a study of the metaphors will show the reader a beautiful poetic expression of eschatology where he may have thought it to be severely lacking. However, I will also offer a caveat that the choice of metaphor can have the opposite effect and take one into Plato’s cave of shadows.

This article continues here: Abide With Me: A Case Study.

[6] For an extensive treatment of the “death is sleep” metaphor in Paul, see Nadine Dubois Grayl, “Sleep as Metaphor in Paul: Dying and Living in the Promise of the Parousia” (MA thesis, Concordia Seminary, St. Louis, 2007).

← THE CHRISTIAN LIFE IS A BATTLE
Relationship Triad: Session 5 →