Posted by Justin Rossow on February 17, 2013 in Image and Metaphor, Metaphors in the Culture

One of my favorite Super Bowl ads is also a good example not only of metaphor theory in advertising, but of a phenomenon called “mental space blending.” Gilles Fauconnier and Mark Turner developed the theory of cognitive blending in their book The Way We Think: Conceptual Blending and the Mind’s Hidden Complexities.  For my money, I prefer the explanation in Bonnie Howe’s excellent Because You Bear This Name: Conceptual Metaphor and the Moral Meaning of 1 Peter. I would recommend either of those books; or, you can just watch the ad, below.

There is metaphor at work in this add, but there is also mental space blending going on. Before we can make the move to how happy Geico customers are (happier than antelope with night-vision goggles), we are presented with a fictive scenario in which antelope do things they would not “normally” be expected (or able) to do. What’s going on? From a blend theory perspective, we are reasoning and imagining from within a blended space, a combination of two distinctly different realities that combine to form a new, third thing that opens new possibilities.

Night-vision goggles can be worn by people (people who can also do other things, like talk, taunt opponents, etc.). Antelope are attacked by lions, sometimes at night. Combine these two “mental spaces”–basic scenarios and what we know about how they work–and you get the reality presented in the ad: antelope, hunted by  a lion, at night, with night-vision goggles, talking to each other and taunting their opponent. Couldn’t happen in reality, but in the blend we can easily imagine the kinds of things they would say.

This kind of blending occurs in our everyday experience all the time; so often, in fact, that we rarely notice it. Talking antelope is a little extreme, but any time you think through what could happen, or might have happened, or would happen if, you are using mental space blending to draw conclusions and set up expectations.

In the case of the Geico Super Bowl ad, the blend itself isn’t a metaphor; we aren’t thinking about hunting in terms of night-vision-enhanced warfare. Instead, we are asking to consider the good life of the antelope in the blended space and map that good life onto the domain of Geico customers. I know–it’s a bit of a stretch, and the Geico people know it, too, which is why the end is set up as a Vaudeville scene. This add has more to do with slap stick humor than marketing.

All the same, a metaphor is involved. In fact, this particular metaphor demonstrates an interesting wrinkle in metaphor theory: sometimes development is higher than the correspondence. DEVELOPMENT is simply how much is explicitly said in the metaphor; CORRESPONDENCE refers to how many or how few elements map from the source to the target domain (relatively).

Typically, the more that is said about a metaphor, the more things are intended to map. Sometimes, lots of stuff maps even though little explicit development is given. Even more rarely, the author or speaker goes on and on, even though very little actually maps from the source to the target.

This last situation–low correspondence with high development–is sometimes called an Epic or Homeric metaphor, named of course for Homer. A classic example comes from the Iliad, book 8:

Many a fire before them blazed;
As when in heaven the stars about the moon
Look beautiful, when all the winds are laid,
And every height comes out, and jutting peak
And valley, and the immeasurable heavens
Break open to their highest, and all the stars
Shine, and the shepherd gladdens in his heart.

Homer’s metaphor here is simply that the campfires of the assembled army looked like the stars, but he gets kind of caught up in the moment, and ends up talking even about what the shepherd feels when he looks up into the sky on a star-lit night. Way more development here than correspondence.

How good and pleasant it is
when God’s people live together in unity!

Again, what is said about the source domain far out-paces what is intended to map onto the target; the moment of unity is like the sacred moment of anointing. But why talk about Aaron and his beard and his collar? The details of the image are simply richer than the mapping they convey. The details add depth and an experiential component, but they are certainly not intended to map en masse.

In a way, that’s what’s going on in the Geico ad: the mapping seems to be confined to something like, Geico customers are happy in the same way antelope with night-vision goggles are happy (they are also smart, clever, a cut above the rest . . .). The mini-narrtive that arises in the blended space of talking antelope taunting a lion is more development than we are supposed to map; it adds depth, emotion, and humor, but we aren’t supposed to imagine Geico customers taunting their adversaries. 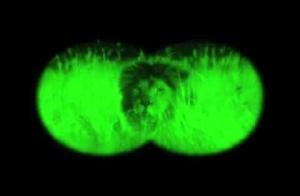 So this commercial is a good example of mental space blending and an example of an Epic metaphor, when the development is higher than the correspondence. It also makes me think of 1 Peter 5:8 (“Your enemy the devil prowls around like a roaring lion …”) and Luther’s suggestion that “the best way to drive out the devil . . . is to jeer and flout him, for he cannot bear scorn.”

Of course, that would be mapping the Source Domain (the blend of antelope and night-vision goggles) onto a different Target Domain (the Christian’s struggle with temptation rather than the Geico customer’s happiness), but it just might work. I wonder if I could use that in a sermon some day . . . 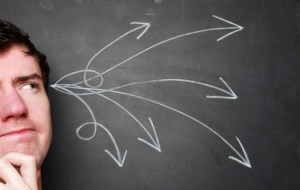 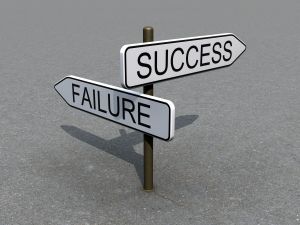